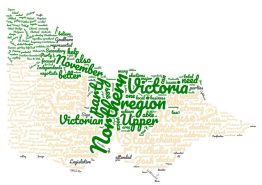 Website: http://www.hudson4nv.com/
Facebook page: https://www.facebook.com/hudson4nv/
Themes: End the neglect of Northern Victoria.  Give me infrastructure or give me death! (I may be being a little more melodramatic than is warranted here.)

At the top of the ticket we have a mix of parties.  (Why are the group voting tickets so varied within individual parties this year?  I don’t remember it being nearly this inconsistent previously)  The Aussie Battlers are in the top five on seven our of eight tickets, and Fiona Patten’s Reason Party, the Animal Justice Party, Transport Matters, and Sustainable Australia each appear five times in the top five.  Derryn Hinch, health Australia, the Australian Country Party, the Democratic Labour Party, the Liberal Democratic Party, and the Shooters and Fishers also each appear in the top five at least once.

The bottom of the ticket is reserved for independents (both grouped and ungrouped) and the three major parties.  The Greens are usually, but not always last.  The Liberal/National Parties are listed before the ALP on four out of the eight tickets.  The Australian Liberty Alliance is always in the bottom five unless it is pushed out by the independents, and the Victorian Socialists are usually listed right before that.

If you are getting a sense of deja vu reading this, there’s a reason for it.  These tickets are VERY similar to that of the Health Australia Party.  They are not identical within regions, but they have a lot more in common than they do separately.

Hudson wants you to ‘Use your vote to achieve more on November 24’.  Which rhymes.  I’m pretty sure I’m supposed to notice that.

This isn’t a bad slogan – once again, it empowers the voter and tells them that they can make a change.  Excellent!  So, what are we going to achieve?

Would you like to see your region of Northern Victoria given more attention at the State Government level? Do you believe you could be better represented in the Victorian Parliament? Then Vote 1 for Hudson for Northern Victoria!

We believe that Northern Victoria is a great region to live, work and play and that’s worth fighting for, from Mildura to Wodonga, Corryong to Healesville, Bendigo to Mansfield, Hopetoun to Wallan, and every place in between.

This party has been set up by like-minded Northern Victorians who want greater grassroots advocacy, focusing on local issues such as our industry and economy, small business, our water, health/mental health, education, roads, rail, sporting and recreation facilities, our CFA and our diverse agricultural and horticultural industries.

The website goes on to cite the examples of Cathy McGowan and Suzanna Sheed, grassroots candidates and successful independents.

We are not interested in party politics and gaining government like the Liberals, the Nationals and the Labor Party. Our effort will be focused 100% on issues that affect Northern Victoria and what we can do to address them and negotiate the best outcome for our region.

This is a really strange political party. The website is a single page, with very little policy information, and it feels like the kind of website you’d get from an independent.  The opportunity to sign up is prominently displayed, and you can also donate.

Our policies are non-controversial and are focused on strong representation and more Government support for Northern Victoria.

I am trying to think of a non-controversial policy and failing.  Hell, I saw Daniel Andrews post a policy about giving each Prep student in Victoria a handful of free picture books, and people still went ballistic all over the comments (apparently, this is just typical and encouraging a culture of entitlement.  Also, what about taxi drivers?).  So I am very interested to see what Hudson views as non-controversial.

We get a bit of biographical information about Josh Hudson, which is mostly about how he grew up in the region and is proud of this.  He is a Certified Practising Accountant and is the Executive Corporate Services Manager of the Work Group, a company that ‘runs successful commercial businesses that fund community programs in these areas which makes it the most advanced social enterprise in the State, if not the country.’

He’s done a bunch of community leadership stuff – football and schools – and apparently initially planned to run as an Independent, ‘ but quickly discovered that Independents rarely get elected to Victorian Upper House, hence why we have started our own party and that’s why we need your help!’

Heading over to his Facebook page, we get a little more.

LETS KEEP THEM HONEST, GET IN THE MIDDLE AND ENSURE WE GET OUR FAIR SHARE!

No need to shout, mate.

According to the Sunraysia Daily, Hudson is a former Coalition voter who is basically expecting the Andrews government to be returned, and reckons that if this happens, and the region is represented by the Coalition, there won’t be any funding for Northern Victoria.

This is probably sound reasoning, and Hudson’s Facebook page is full of examples of regional areas getting infrastructure upgrades when they are in marginal areas or crossbench hands.

And I have to say, I can’t imagine why you’d vote for Hudson if you lived in a different region.

To be honest, from his comments about wanting to make sure he counted as a political party so that he could be above the line in the Upper House, a little part of me is wondering if Hudson has actually entirely understood how the rules about parties versus independents work, and whether he thought he had to run candidates in each region to count…

This site uses Akismet to reduce spam. Learn how your comment data is processed.